We can help you with good agricultural practices and good husbandry practices including GlobalGAP and other GAP standards.

In summary: On 1 November 2019, veterinary services were alerted to clinical signs suspicious for Foot-and Mouth disease (FMD) in a herd of cattle on a farm in the Molemole local municipality of the Capricorn district, Limpopo...

The Minister of Agriculture, Forestry and Fisheries, Honourable Senzeni Zokwana (MP) met with stakeholders in the Agriculture sector on the 16th of January at the service delivery forum. The purpose of this forum was to open communication between the agriculture sector stakeholde 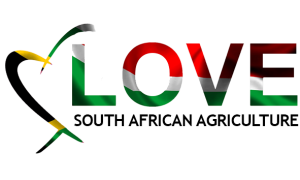 In 100 years’ time, maybe our food won’t be grown in soil

It takes a lot to make a room of soil scientists gasp. Last month, I presented at the National Soils Conference in Canberra, and asked 400 colleagues a simple question: do you think soil will play as significant a role in food production in 100 years as it does today?

Paradoxically, of the one billion people classified as food insecure by the United Nations, about 500 million are smallholder farmers in developing economies. Some of these producers are exporting luxuries such as coffee, cocoa, exotic fruits and sugar for consumers in developed

Healthy soil is the real key to feeding the world

One of the biggest modern myths about agriculture is that organic farming is inherently sustainable. It can be, but it isn’t necessarily. After all, soil erosion from chemical-free tilled fields undermined the Roman Empire and other ancient societies around the world

Meeting water and energy challenges in agri-food sector with technology

Worldwide, the overall growth in demand for agricultural products will require a 140% increase in the supply of water over the next 20 years compared to the past 20 years. While the bulk of this demand will be from irrigation, food processing plants can also be water intensive.

One hen’s coop is another hen’s graveyard

An interesting week for our feathered friends – across the world several interesting articles were published on the suitability of their living accommodations. These articles show the intersection of management system requirements and the need for a holistic approach to policies

It is expected that temperatures in southern Africa will rise to between 1.5°C and 3°C due to climate change by the year 2050. This is likely to cause heavy fluctuations of weather patterns and more frequent severe weather events like droughts and floods. Agriculture will be seve

Why does soil matter (Infographic)

We celebrate World Soil Day on 5 December - but what is it about soil that is so important? This infographic will give you a few thought-provoking facts about why soil matters so much.

Farm worker training what you need to know

In our previous article we met Daisy and explained the basic care for dairy cows, (Ultimately our food). In this article we interview a dairy farmer and chat about his concerns to ensure the correct practices are practiced by farm workers.

Sow safely a guide on health and safety in agriculture

Farm safety is a serious concern. Between hazardous farm equipment and sometimes erratic livestock, our frontline producers live in a very dangerous world. However, while farms are one of the riskiest places to work, farm safety doesn’t always get the attention it deserves.

Regulations relating to the Grading, Packing and Marking of Fresh vegetables intended for sale in the Republic of South Africa R364

How fresh vegetables should be graded, packed and marked in South Africa. (NOT TO BE CONFUSED WITH R364 Regulations governing General Hygiene Requirements for Food Premises, the Transport of Food and Related Matters - Replacing R962, published 30 April 2015.)

By Marianne van Niekerk on 19 September 2016

FARM 360 AND CARE FOR THE ORIGIN OF YOUR FOOD! The welfare of the animals that supply us with our food is directly linked to the quality of the product supplied. Happy cow – happy milk or beef. Stressed animals are more prone to disease. This article looks at the practical issues

Animal welfare and food safety - is there a link? Part 3

There is an ongoing debate about the “organic” or “country-reared” animals. This series looks at research conducted on consumer perceptions and how this correlates to food safety. Part 3: Happy animals and food safety: what the consumer thinks matters regardless of the science

Animal welfare and food safety - is there a link? Part 2

There is an ongoing debate about the “organic” or “country-reared” animals. This series looks at research conducted on consumer perceptions and how this correlates to food safety. Part 2: Happy animals – the scientists against the activists

Animal welfare and food safety - is there a link? Part 1

There is an ongoing debate about the “organic” or “country-reared” animals. This series looks at research conducted on consumer perceptions and how this correlates to food safety. PART 1: Which is more dangerous to consume: Plant or animal